10-Yr-Old Asks To Mow Neighbor’s Yard. What She Does When She Learns Why Leaves Him Speechless 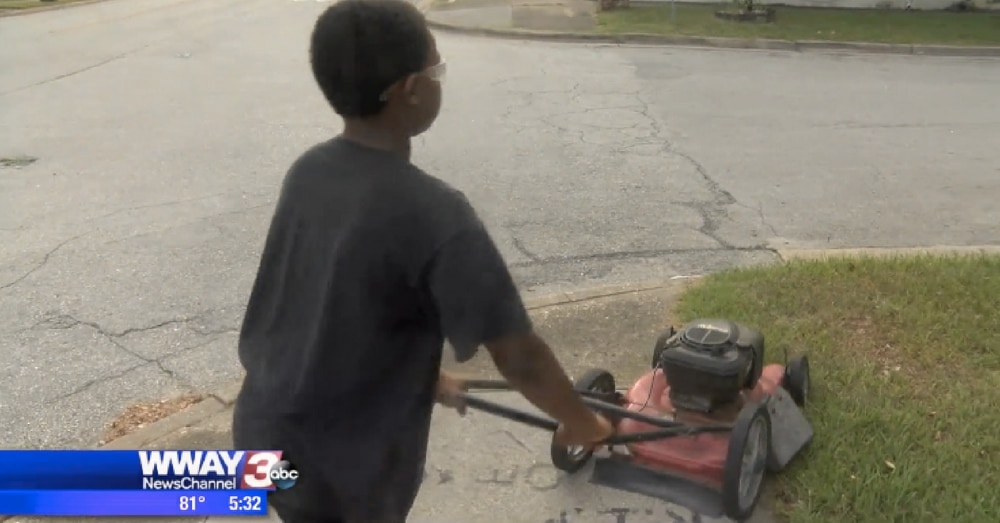 Tyran Bell’s family has been going through a difficult time. His brother got into an accident recently and his mom had to take time off of work to care for him. The family has been struggling to pay the bills and didn’t even have enough money to purchase school supplies.

That’s when Tyran decided to take matters into his own hands. The 10-year-old started going door-to-door in his Wilmington, North Carolina community offering to mow his neighbors’ yards so he could earn some extra money.

“It started out with helping my momma out so she can pay her bills and I can buy my own school supplies,” he said.

But when word got out about the young boy’s efforts, people started jumping at the chance to help the industrious youngster.

Theresa Babb, president of A1 Security Services, heard about Tyran’s efforts on a Facebook page and decided to start a drive to collect school supplies for him. Soon she had collected more than enough supplies for the year, as well as clothing and lawn equipment.

“He’s 10 years old,” she said in an interview about her donation drive. “And for a 10-year-old to take that initiative and want to help his mom because she was struggling, I just thought that was amazing.”

The generosity of the community has been so great that Tyran now has more supplies than he knows what to do with. He said he wants to keep working to earn his money and is now donating the extra supplies to other kids in need.

Tyran’s mom, Tara Lewis, is incredibly proud of her hard-working son. “Tyran has always been the kind of person that want to give and do things for other people, so I think it’s a blessing because now that someone has been able to bless him, he’s able to bless somebody else,” she said.

Were you as amazed by Tyran’s industriousness and touched by his community’s generosity as we were? So share this!