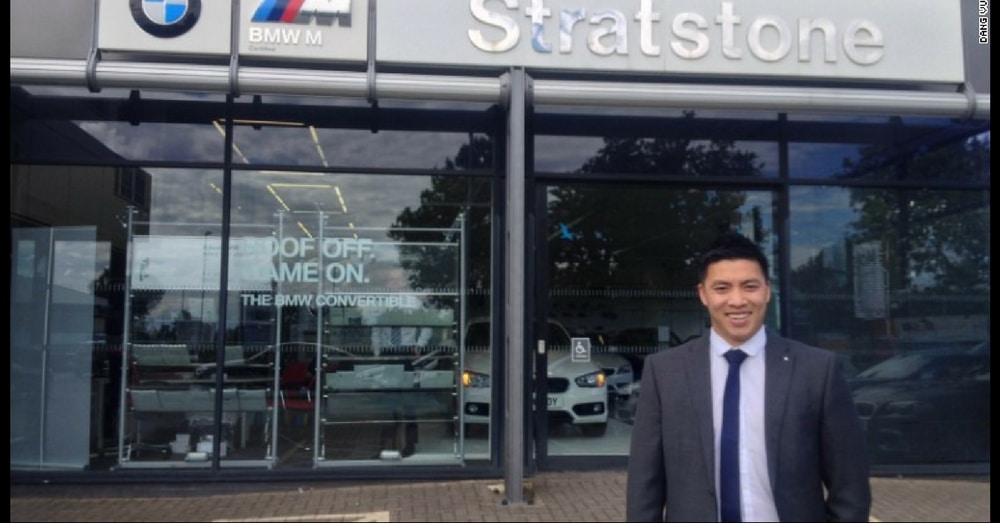 Calling the wrong number ended up being the right move for one elderly woman in England.

The 84-year-old had fallen in her home and was unable to get herself up. She tried to call her granddaughter to come help her, but misdialed two of the numbers and ended up calling a nearby BMW dealership instead.

The receptionist at the dealership was confused at first, but when she told sales manager Dang Vuong about the call, he quickly got the woman’s address and raced over to help her.

When he got there he found her lying on the floor with her face bloodied from a cut on her head. He helped her up, got her settled, and then called her granddaughter to come over.